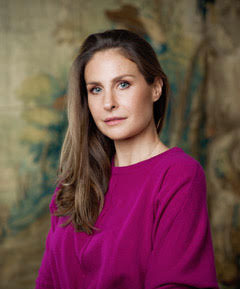 Marina Vaughan Spitzy is a value driven campaigner with a background in international affairs, philanthropy and conservation. An experienced strategist, Marina runs her own family office, as well as advising ultrahigh net worth families and NGOs on setting up and restructuring their own foundations.

In 2021 Marina founded Tecolote Advisory, a firm offering stewardship advice to families, with a particular focus on the management of fine art collections, families in transition – especially women, succession planning and philanthropy. Helping clients define a purpose for their wealth lies at the heart of her work.

Previously, Marina was the director of Americans Abroad for John McCain in the 2008 Presidential elections. Two years later, as the founding Director of the Blue Marine Foundation, she led the team responsible for one of the largest single acts of conservation ever undertaken, the creation of the Chagos Marine Reserve. She has launched charitable campaigns with brands like Six Senses, Selfridges, Marks & Spencer and Crème de la Mer.